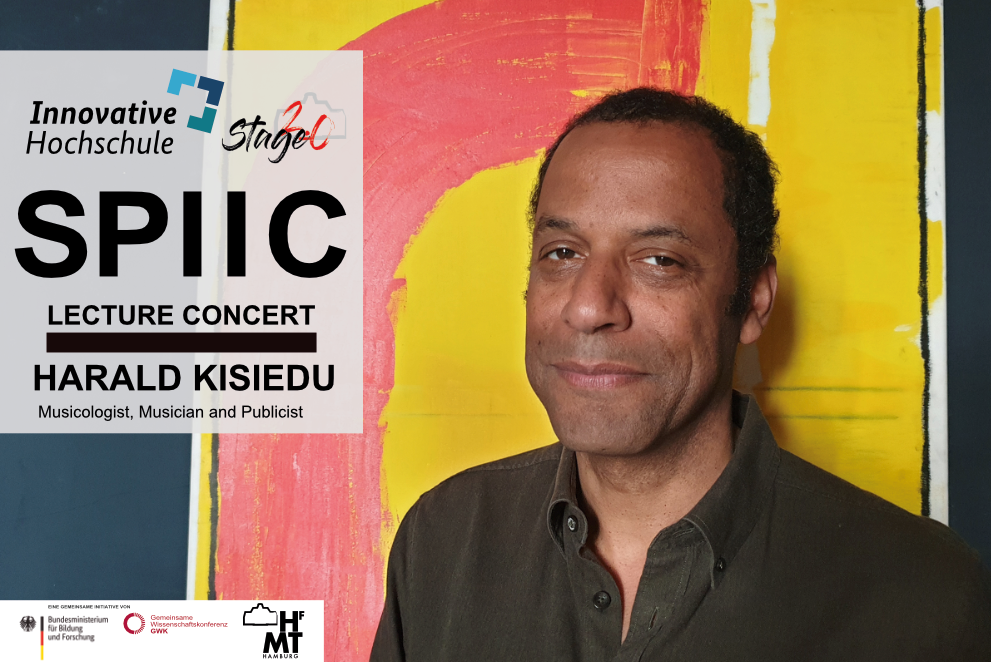 We are pleased to continue the SPIIC Lecture Concerts with Harald Kisiedu as our guest. Harald Kisiedu will present and discuss with us his recently published book European Echoes: Jazz Experimentalism in Germany, 1950 - 1975. We are fortunate to have not only a brilliant speaker, but also a scholar and musician whose biography and focus of study - Kisiedu grew up in Hamburg and began his studies here, taking them to doctoral level at Columbia University - allow him, in this sense, both a transatlantic, multicultural perspective and a native-language, in-depth approach to the subject and protagonists of his book.

'Rather than viewing the German jazz experimentalism movement in terms of dissociation from their African American spiritual fathers, this book presents the movement as having decisively contributed to the decentering of still prevalent jazz historiographies in which the centrality of the US is usually presupposed. Going beyond both US-centric and Eurocentric perspectives, this study contributes to scholarship that accounts for jazz’s global dimension and the transfer of ideas beyond nationally conceived spaces.'

Harald Kisiedu is a musicologist who received his PhD from Columbia University. His research interests include jazz as a global phenomenon, the music of the African diaspora, black experimental music, the postwar European avant-garde, improvisation, the relationship between music and politics, transnationalism and Wagner. He has published on Peter Brötzmann, Ernst-Ludwig Petrowsky, Muhal Richard Abrams, jazz and popular music in the Theresienstadt concentration camp, and the political reception of Wagner's Meistersinger von Nürnberg under National Socialism. Kisiedu also studied political science and German language and literature at the University of Hamburg. He is also a saxophonist and has performed with Branford Marsalis, George Lewis, Henry Grimes, Matana Roberts, Nicole Mitchell, Hannibal Lokumbe, and Champion Jack Dupree, among others. He has recorded with the New York ensemble Burnt Sugar The Arkestra Chamber. Between 2015 and 2017, he was a Postdoctoral Fellow at the International Institute for Critical Studies in Improvisation at the University of Guelph and at Memorial University of Newfoundland, where he curated the Thinking Spaces and Improvising Spaces event series. Since 2018, he has been an adjunct professor of jazz history and jazz studies at the Institute of Music at Osnabrück University of Applied Sciences. Jazz Experimentalism in Germany, 1950-1975 was published by Wolke Verlag in May 2020.