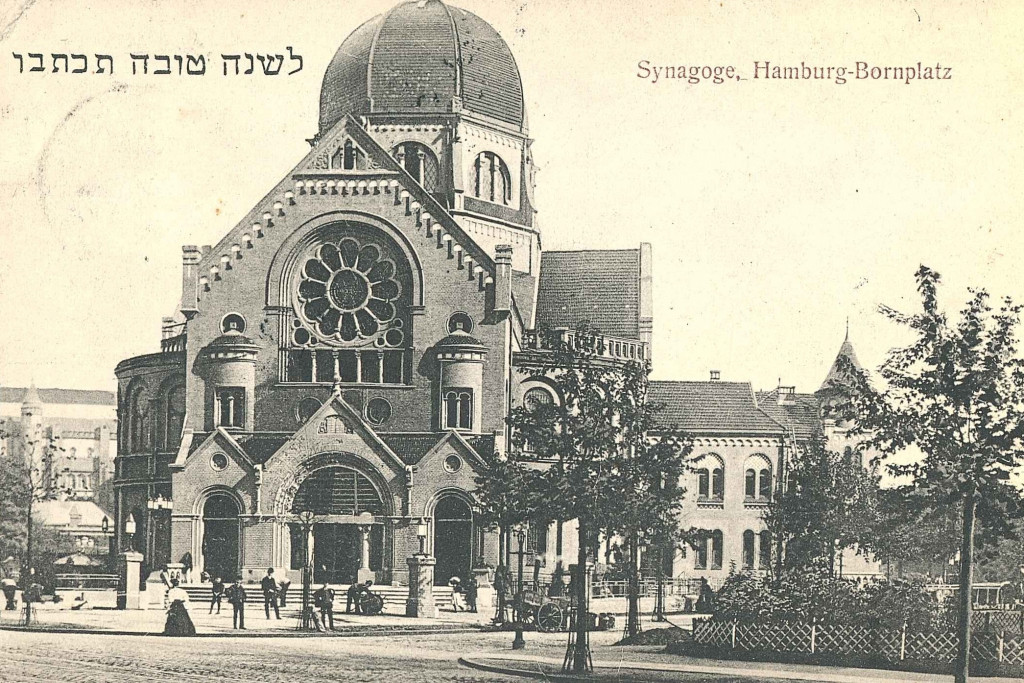 The Swiss composer and cultural manager Rolf Liebermann (1910 – 1999) came from a widely branched Jewish family in Berlin. His great-granduncle was the famous painter Max Liebermann. He survived the Holocaust thanks to his Swiss citizenship. In 1957 he took over the music department at the NDR and in 1959 moved to the State Opera, which he directed for fourteen years. He brought not only the world’s most famous composers to Hamburg such as Igor Stravinsky, but also pushed musical innovation at the opera of Hamburg with 24 world premieres, including Kagel's "Staatstheater". On a visit to Israel in 1966, he met Berlin-born composer Joseph Tal (his original German surname was Grünthal) and ordered an opera for Hamburg by him. Tal was a pioneer of electronic music and he produced an electronic tape for the opera at his electronic studio at Jerusalem University. His first opera Ashmedai, was commissioned 1967 an premiered in Hamburg in 1971. It filled a gap in his oeuvre, because Israel did not have its own opera house until 1985. Along with Paul Ben Haim, Tal was one of the most influential composers in Israel.

Reinhard David Flender is a composer and musicologist. He studied piano and composition in Hamburg and musicology at the Hebrew University in Jerusalem. From 1977 to 1981 he pursued a field research among Oriental Jews about the relationship between the Massoretic accent system ta'ame emet and the oral tradition of Hebrew psalmody in the Jewish diaspora communities in Israel. Since 1983 he has taught musicology at the Hochschule für Musik und Theater in Hamburg. In 1999 he founded the Institute for Cultural Innovation Research (IkI) at the University of Music in Hamburg.

In the opera, Josef Tal and Hans Keller pondered an alternative to the ancient Tower of Babel ‒ a monument which would refute schism, and symbolize instead fraternity and peace. Yet, this venture too collapses and fails. Controversies, conspiracies, and quarrels between individuals and peoples prevail. The solution they propose is a tower erected by a visionary artist corresponding to the cultural-political dilemma of human history ‒ a temple of the Arts which would herald messages of sheer truth.
The opera The Tower had been premiered on September 18, 1987 in (West) Berlin, in the framework of the Festspiele, by Staatstheater Kassel under the baton of Ádám Fischer. Yuval Shaked elicits some insights into the opera's compositional process from the correspondence between Josef Tal and his friend, the Austrian-born British violinist, musicologist and a senior BBC figure Hans Keller.

Yuval Shaked was born in Gezer in Israel. He studied at the Rubin Academy of Music, Tel Aviv University, and "New Music Theatre" with Mauricio Kagel at the Musikhochschule Köln. 1986-2016 he taught at the Kibbutzim College in Tel Aviv. From 1990 to 1996 he edited the magazine IMI-News and the CDs produced by the Israel Music Institute. In 2000-2008 he directed the Feher Jewish Music Center at the Diaspora Museum (Tel Aviv) and produced and edited its CDs. Since 2000 he has been teaching at the University of Haifa. In 2011-2015 he served as Head of the University's Department of Music, and in 2016-2020 as Head of the School of the Arts. Yuval Shaked is a composer and has written numerous musicological and analytical essays. Three times he was among the tutor team of the International Summer Courses for New Music in Darmstadt.